Newsletter from MXGP of Czech Republic 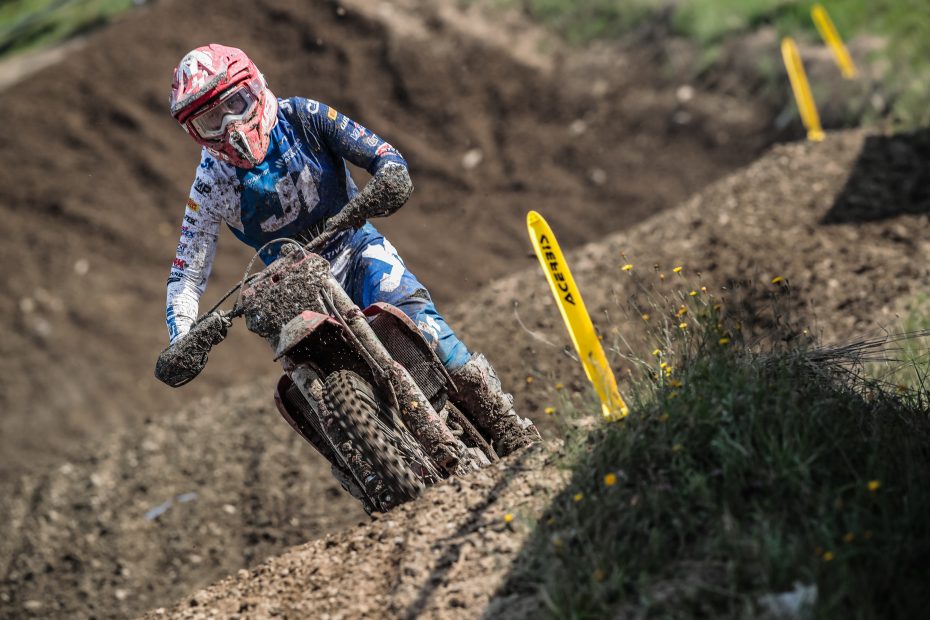 On Sunday it was time for the race day, they started with training and time-qualifying in the morning. The times were very close, and there was little difference in the time-qualifying, Kevin was the 14th fastest in his class.

In the World Championships there are 2 heats of 30 minutes + 2 rounds, which is 5 minutes longer than in the European Championships. Heat 1 was not the best and Kevin did not get any points as he ended up in 22nd place. This is what he says about heat 1:

The start was bad, I went good over the gate but a few moments later I got squeezed in a group of riders. I was in the top 20 when I had to pass another rider. Struggled a bit to find the flow, and get myself up the field. I stayed behind the crowd, tried to pass but never got far enough ahead to take points. Just hoping for a better start in heat 2.

Heat 2 was much better, and Kevin showed more of what he can do when he rides more relaxed. The start was very good, and was around 6-7th place after the first turn. I took some wrong lanes in the first lap which almost made me fall down. He dropped down to 14th after the first lap, but climbed up to 12th at the finish.

Overall for the weekend Kevin was 17th, and got 9 World Cup points. With only 2 of 5 rounds Kevin is 22nd overall in the World Championship. Now the focus is on the European Championship next weekend in Lommel (Belgium) known for its extremely thick sand, and heavy races.